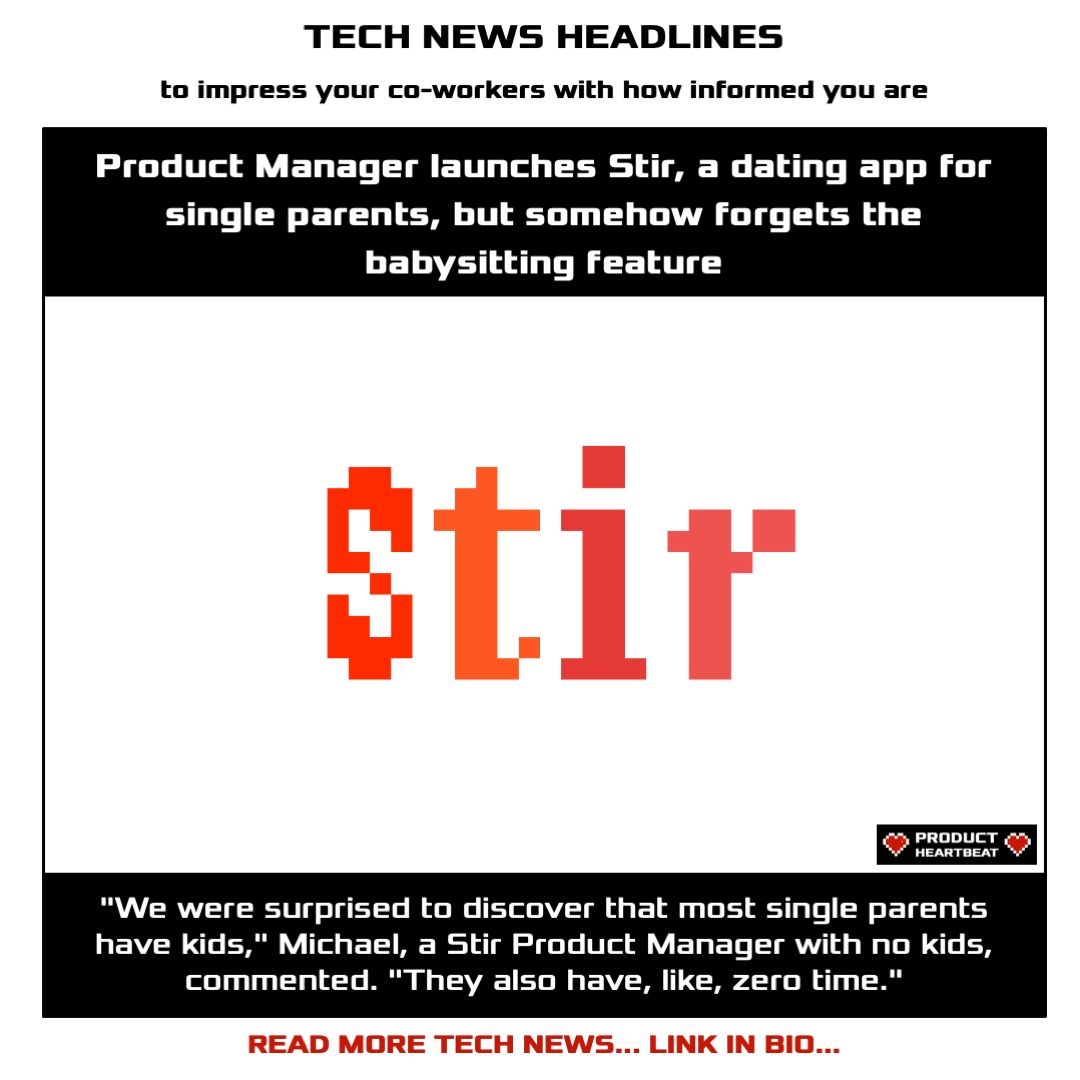 Stir, a new dating app for single parents, is off to a rocky start due to the lack of one critical feature...

"We were surprised to find out that a lot of single parents have kids," Michael, a Stir Product Manager who has no kids, commented. "They also have, like, zero time."

Wanting to cash in the lucrative dating services market, Stir decided to focus on a niche user base.

"We feel like single parents need companionship just as much as we do," Michael stated.

When asked to clarify his comment, Michael acknowledged that the entire development team is full of young energetic people who think having children is weird.

As for the users of the app, reviews are mixed.

"I found a guy that I thought was really cute and fun," Martha told us. "But when we tried to arrange a date, and find a time, and get babysitters, and think of something to do... [audible sigh and long pause]... what was the question again?"

Martha and her connection both agreed that the best option was to give up on fairy tale romance and settle for a few glasses of wine...

...after the kids were asleep, of course.