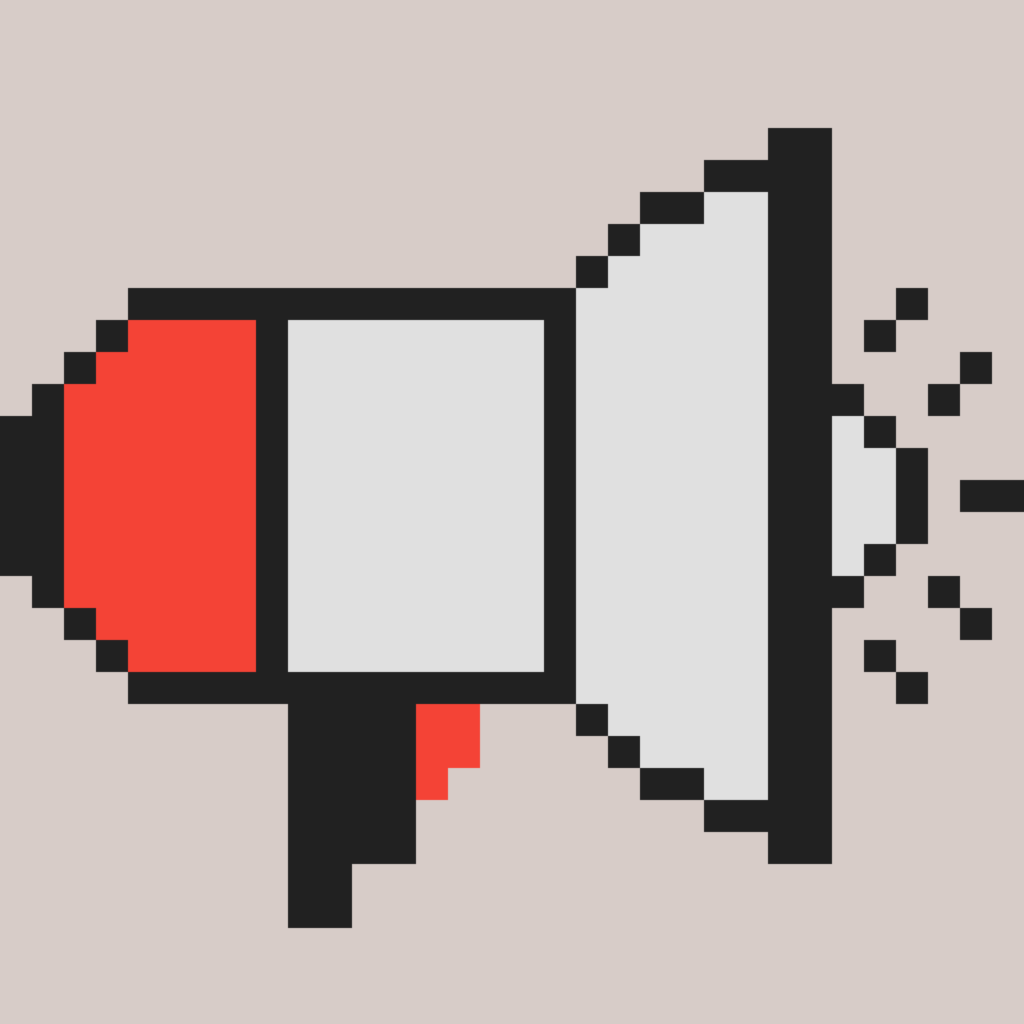 …actually, wrong again, that’s just a fruit fly because you’re so obsessed with buzzwords that you haven’t been sleeping or showering…

…and you smell really bad.

This is your new life as a Product Manager. We call it “buzz”, and it annoyingly stinks in every way possible…

The buzzwords come out of no where. In fact, by the time I finish this sentence, a new buzzword will have surfaced, making anything in this chapter obsolete…

…obseletionism: the practice of creating a new buzzword which make any previous buzzwords obsolete…

…you see what I mean.

It would be one thing if the attention devoted to buzzwords actually resulted in buzzworthy products. But it never does. You’ll spend roughly 100% of your time coming up with strategies related to whatever buzzword an executive recently read about on Forbes.com. Exactly 0% of the products that make the company money will have anything to do with a trending buzzword.

“So what do you have for us this quarter?” the marketing department will ask. “We need something exciting.”

“Well, we just completed epic 4 of 15 regarding General Data Protection Regulations,” you’ve been saying for years.

“Okay. We can work with that.”

Next thing you know there is a press release about advancements in your quantum computing strategy.

So while I can’t help you make good on your company’s promises to deliver every buzzword imaginable, I do feel it’s my responsibility to at least get you up to speed in this world of hot tech jargon.

Artificial Intelligence, as a buzzword, reminds me of the first time I watched Star Wars and saw Darth Vader on the silver screen. I was like, “Will Gen Z even know who Darth Vader is for this reference to make sense?”

Let’s just say that AI may be on the good side now, but sooner or later it is going to turn on us, go dark, and try to take over the universe.

“There is no escape. Don’t make me destroy you.”

Is that a quote from Darth Vader or Siri?...

What I do know is that when it comes to buzzwords, Artificial Intelligence has dominated the tech scene for years and will likely continue to do so until it is the only intelligence remaining…

…which will be really hard because Marty McSkywalker won’t be able to Google “How to prevent Google?”

How many Generation X references am I going to make?...

...Enough to make AI think I’m too old to be a threat.

Artificial Intelligence is such a prolific buzzword that if you don’t have a product which claims to be artificially intelligent, you are simply not a good product manager. You are failing and should be ashamed to bear the Product Manager job title. In other words…

…"Your powers are weak.”

Yet another quote from either Darth Vader or Alexa. Not sure.

So get busy. Get your AI on. It’s time to make artificial love to your product and boast about how you have impregnated her with the seed of artificial intelligence…

…And like most spoiled kids these days, whether your child has any intelligence whatsoever, it doesn’t matter…

…Give it a trophy anyway.

I still remember my first encounter with a competitive product that claimed to have Military Grade Artificial Intelligence. Our product team was inconsolable.

“How can we compete with that?” We debated in hundreds of meetings. “Not only do they have AI, it’s military grade.”

At the time we were struggling just to get a CSS media query to work, a formidable challenge indeed, but nothing like infusing our software with the power and might of the U.S. Department of Defense.

And then I met the weasel who created the software at an industry trade show. I stopped by his booth and asked him about his military grade intelligence. The conversation went something like this:

“Hey Weasel. What’s up with your Military Grade Artificial Intelligence?”

“Oh that. Haha. I used to be an IT Specialist in the US Army and now my boss makes jokes about our military grade software and it just kinda stuck.”

And that was that.

See what you’re up against.

Just to stay on a level playing field, good product managers will claim their products ooze with Artificial Intelligence. If you are struggling to get engineers to deliver anything worthwhile, don’t worry. Take one of your existing products and make an announcement that it now has artificial intelligence. When the inevitable happens and a naïve engineer confronts you by saying something dumb like, “No it doesn’t”, tell them to get back to work on legacy code bugs.

With all your artificial marketing about artificial intelligence, you will also need to experiment with related tech jargon such as machine learning, deep learning, and deep machining…

Whatever you do, don’t get stuck in the realities of what your product can and can’t do. Just do your job, which is to have an artificially intelligent product, whether you have one or not.

Follow this guidance and you’ll be able to impress the C-suite with your innovations and wow the market with your artificial products. After all, We are Product Managers.

Anything But Reality (ABR)

Reality sucks, which is why we are constantly trying to augment it, virtualize it, torture it, and hopefully dispose of it altogether…

…or at least make people look ridiculous in the process.

And yet here we are, strapping headsets to our face and desperately trying to ignore whatever the real world has to offer.

I remember when I was a kid, my parents would scold me for sitting to close to the TV. I was genuinely afraid that if I sat closer than 15 feet, the atomic TV light beams would melt my eyes and I would end up wandering the earth as a blind vagabond, my last memory being an episode of Teenage Mutant Ninja Turtles.

Now, in today’s world, TVs and eyes are quite literally one and the same.

“Tell me what you see,” the eye doctor will say.

“I see the latest Avenger movie playing on your forehead.”

You will be diagnosed with 20 / 8k vision, the only cure being another headset you strap to your face.

In all seriousness, it seems like product managers should be taking my parents advice and issuing a strong scolding, “Don’t put the TV in your eyes.”

But since people in this society have already sold their soul to the virtual devil, as a Product Manager, you’re going to have to get those lost souls to pay you money.

To do this you need to have empathy for your users. And to gain empathy you may have to find out what it’s like to stop experiencing reality. If you’re not familiar with what this might look like, here’s a 10 step program:

You need blockchain to stay relevant. When artificial intelligence takes over and we all are subjected to live in a virtual prison, we won’t be leveling up our avatars with cash.

When it comes to blockchain, the ultimate goal is to invent a cryptocurrency that the world depends on to transact business. Because he who rules the blocks rules the world. Looking back it now makes sense that when I was in nursery school I would hoard the building blocks and not let any other kids play with them. Little did I know I was preparing to be a productive Product Manager…

…either that or I was just being a little jerk baby.

The reality is that none of us know any more about blockchain today than I did as a preschooler, but we must pretend like we do. If you don’t know where to start with blockchain, which we all know you don’t, here’s a few phrases you can use to sound smart.

“Have we considered a blockchain architecture to solve this problem?”

“I need to attend the upcoming blockchain conference.”

“I bet Donald Trump will use blockchain to win the next election.”

“So what is it that you do again?” your diesel mechanic uncle asks at a family reunion.

“I develop cryptocurrency solutions using blockchain,” you might be tempted to respond, thinking you sound impressive.

“I always knew you would be a nerd,” will be the guaranteed response.

Well, if anyone is going to call you a nerd, it’s going to be me…

The point is, don’t try to go all nerdy on your friend and family. Instead, explain blockchain in easy words they can understand. With my vast experience I’ve boiled it down to a simple explanation anyone can comprehend.

…not even I can fake this one.

…you can tell your boss the same thing…

…give or take the aunt part.

Just remember that regardless of how much you know about blockchain, your redneck boss will ask you to come up with intricate and well-formulated strategies for how to use blockchain in use cases that make no sense…

So what’s the lesson:

The lesson is that I could ramble on about other buzzwords like IoT, microservices, big data, chatbots, natural language processing, actionable analytics, voice recognition, edge computing, smart factories, 5g, haptics…

…seriously, I could go on and on.