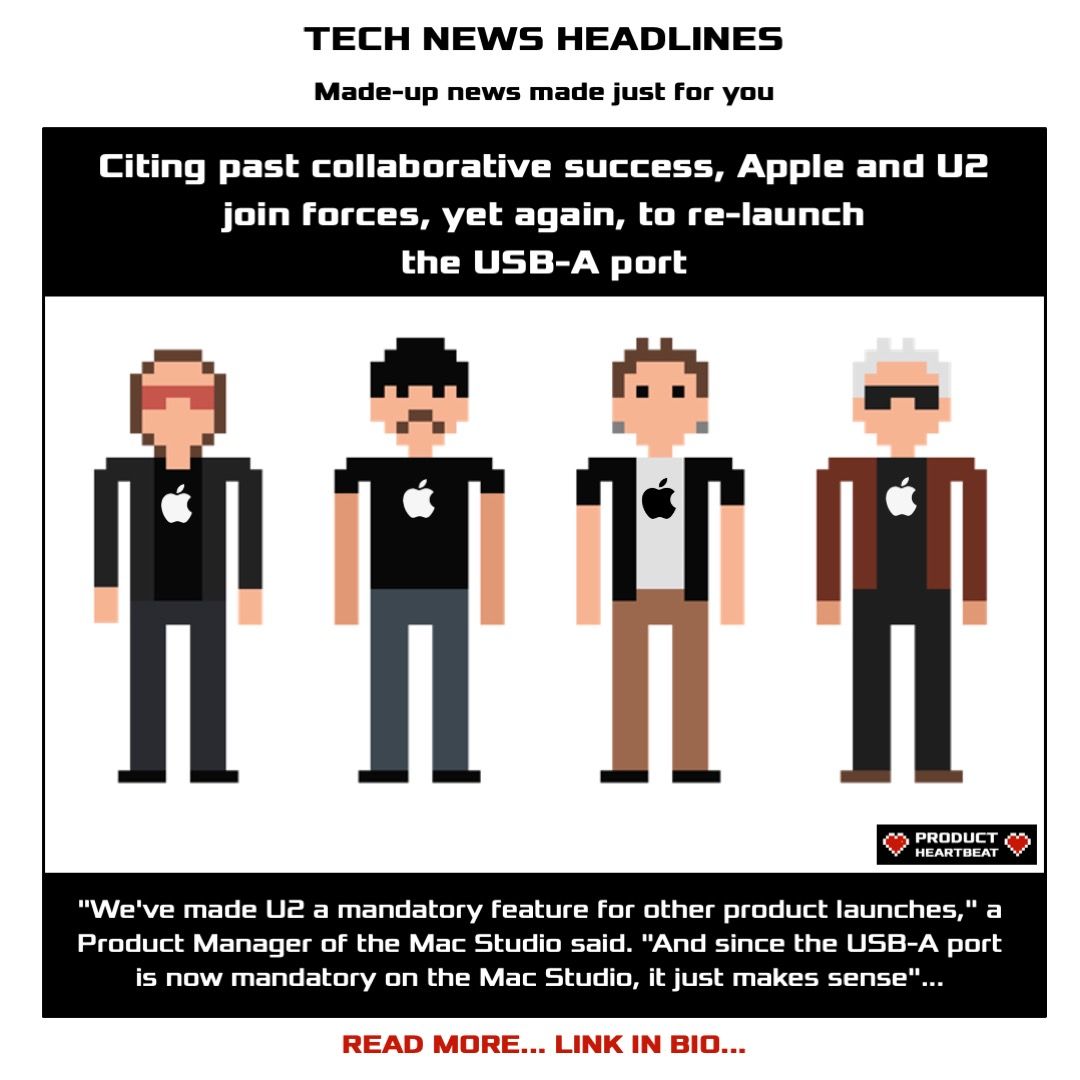 Cupertino, CA - The Internet is going wild about Apple's decision to bring back the USB-A port in its recent announcement of the Mac Studio.

To celebrate the achievement, Apple is going to the same playbook they've used with previous headline-grabbing product launches...

"We've made U2 a mandatory feature for other product launches," a Product Manager of the Mac Studio said. "And since the USB-A port is now mandatory on the Mac Studio, it just makes sense."

In the name of innovation, Apple has been famous for ignoring useful everyday things like buttons (iPod Shuffle), ergonomics (hocky puck mouse), and performance (throttling).

But in this case, Apple is giving their most loyal fans something they already forgot they were missing.

"I love apple," a devoted Apple user said. "I mean, when Apple went away from the lame USB-A, I didn't think twice to spend my next paycheck on various USB-C dongles and compatible peripherals. And now Apple is forward-thinking enough to let me buy USB-A devices all over again. All I can say is 'Wow, you did it again Apple. Thanks for making USB-A great again!'"

As for U2's role in the launch, it is rumored that U2 will Dedicate their song "With Or Without You" to the superiority of all Apple products...

...whether or not they have USB-A.

But not everyone on the tech scene is applauding the news. It is reported that representatives of the dongle will be suing Apple for defamation. The filed court reading claims that leaked conversations among Apple executives have severly injured the dongle. On executive went as far as saying, "It's kinda bizarre that the dongle was ever necessary."

...as they were too busy looking for said dongles in their couch cushions.